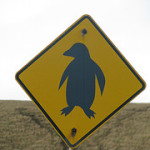 Google Penguin update was released on April 24 and since then I have been approached by few people saying their site traffic has been hit badly.

I always wondered, what could they have done and the first thing I go about asking is – were they spamming. Quite obviously no one said yes, but a quick glance at their activities and a look at their site will convince you, they may actually be doing it, maybe not intentionally.

Nothing in my opinion beats building organic traffic – writing original content, avoid link stuffing, getting better on social media, etc because sooner or later, Google will catchup with your techniques and always remember, they have better mind than yours. So NEVER CHEAT Google!

Hence, this week, I decided to give you a quick intro to what the Penguin Update is, what you should do to if you’re hit and what to take care.

1. First up, it’s Matt Cutts telling us about Google Penguin in this video

The point to note is, if you’re doing paid reviews, make sure that is disclosed and than there is few other tidbits on link spamming. So avoid doing it!

2. Coming second, this post by Saurabh Sharma talks about few points to avoid being hit by Penguin 2.0 update. Quite notably, he talks about the importance of Social Media. Undoubtedly, it is one of the most important medium to spread content and engaging.

3. Also, Shira Gal has some great tips on avoiding the Google Penguin penalty in this post. I agree with her on usage of multiple content types – Image and Multimedia to build your traffic. It does help in reducing the bounce rate of your site and getting users glued for a while. Great tips!!

4. This post by Pamela Vaughan gives us the lowdown on what to do if your site has been hit with the Penguin Update. And like each update, the stress on keyword stuffing is quite obvious. Add to that hidden links and cloaking. Her message, avoid doing those and you’re back to being the best online. Also, get the Authorship of your content.

5. Finally, here’s an humorous take on the entire Penguin Update by Barry Gibson. But then there are subtle messages on why the sites got penalized.

So that is it for this week!

1. Is your site hit with Google Penguin Update?

2. What steps do you recommend to recover, if anyone has been hit?