Did you hear about Facebook Ad creation process getting a makeover and only few ad options would be available?

But before you or businesses jump on me and shun Facebook for fewer options, there are still some questions out there. So you can breathe for a while.

No, this post is not about what changes they have announced, but is of a little experiment that I did and am still studying the answers.

With an intention to increase the brand value and recall, I recently ran a Facebook Ad campaign for Cake-O-Mania. Since, this was the first Facebook Ad that the brand was doing, it was kind of an experiment for me.

While the usage of Facebook is FREE, no wonder that their key monetization strategy is using Facebook ads. They also leverage the screen real estate very well and hence you see ads and sponsored stories in your timeline.

With the aim of this Facebook Ad was to increase the reach, I chose the option to ‘Get More Likes’, which looked pretty logical. The next step was to define the reach, since we only wanted folks from Bangalore having an interest in cakes and narrowed down the reach to very specific audience.

Voila, we were set to launch the ad!!

1. Increase on ‘Likes’ on the first day were miniscule

2. The number of ‘Likes’ shot up on the second day, with an increase of nearly 400% than the previous day

The stats about ‘Reach’ of the Facebook Ad gave us very interesting insights. 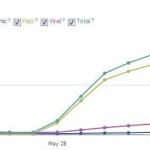 1. The reach increased nearly 3 fold by the second day

3. Similarly, the number of ‘unique people who saw the post’ which is viral-ity increased by more than 700%

As I found, a wisely done Facebook Ad campaign can boost brands recognition. Be careful about selecting your audience, done correctly, the ad can be targeted at the right set of users increased the chances of it being ‘clicked’ and ‘viewed’.

1. What kind of ad do you recommend for smaller brands or new business?

2. What strategies should such brand adopt?