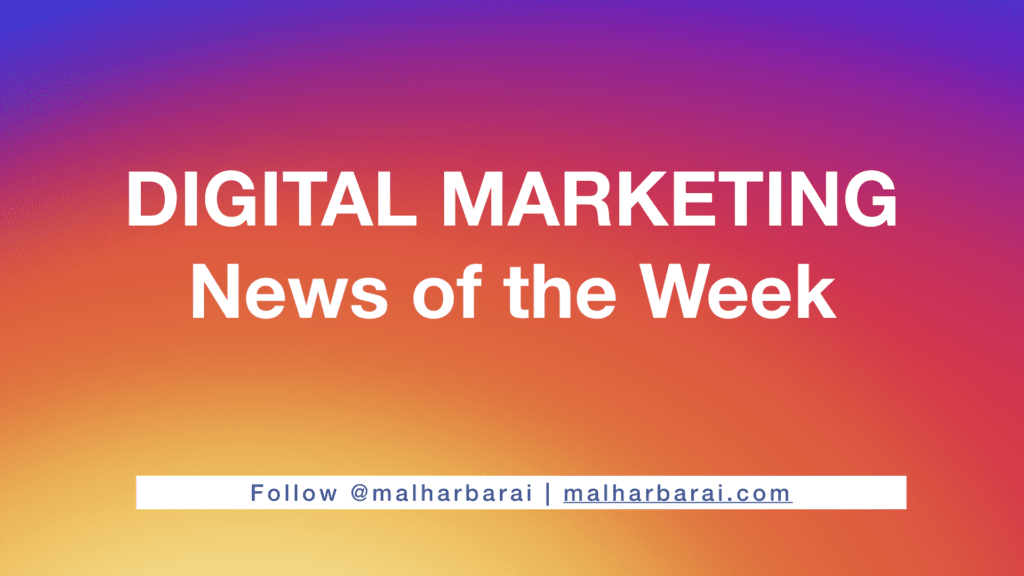 It has been an interesting week in the world of Digital Marketing.

We had some great news to cover and it seems that the platforms are on a roll before going out for Christmas holidays.

It seems, December if off to a good start and we should end the year with quite a lot of improvements on social media platforms. The new features and focus on mobile devices should continue into next year.

Do let me know through comments below or Tweet back to @MalharBarai on all the weekly news.